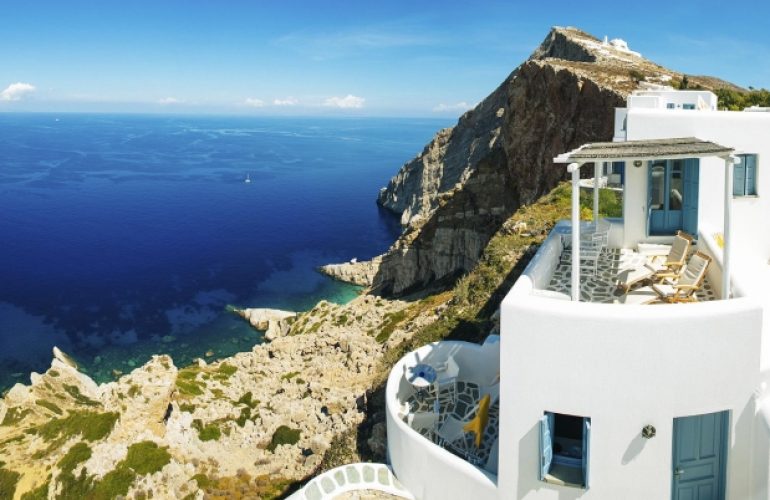 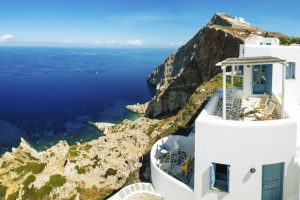 1. Mama Shelter
Paris
A stone’s throw from the final resting place of Jim Morrison and Frédéric Chopin at the Père-Lachaise cemetery, this cool design hotel is part of a small chain by Philippe Starck — hip and colourful. Chic rooms come with wi-fi and iMacs, plus there’s a restaurant, a pizzeria and a relaxed rooftop bar with umbrellas and city views.
Details: Room-only doubles are from £66 a night (00 33 825 00 62 62, mamashelter.com)
2. Hôtel Arvor
Saint Georges Paris
There’s a refreshing mix of Parisian style, pop art and country retreat at this small hotel a minute’s walk from the Saint-Georges metro station. Bright rooms have feature walls, a smattering of modern and retro furniture and interesting lithographs. You get goodies such as Jean-Paul Hévin chocolates and free wi-fi.
Details: Room-only doubles are from £78 a night (00 33 1 48 78 60 92, hotelarvor.com)

16. Hotel Hüttenpalast
Berlin
This quirky hotel tops the lot. Housed in a former factory, it has an inside hall with caravans and wooden huts, and eclectic rooms. The hall is packed with reclaimed furniture and art made from found goods, plus there’s a garden and a sauna. The café-restaurant hosts a number of left-field events.
Details: Room-only doubles are from £55 (00 49 30 3730 5806, huettenpalast.de)
17. Nhow
Berlin
Overlooking the River Spree and in the trendy area between Friedrichshain and Kreuzberg, this cuboid hotel has pink rooms by New York designer Karim Rashid. All have iPod docks, underfloor heating and posh toiletries while communal areas include Wii consoles, a two-floor gym and a roof bar. Watch out for the open-mikenights.
Details: Room-only doubles are from £67 a night (0870 80 71 235, nh-hotels.com)
18. Michelberger Hotel
Berlin
There’s a touch of Fritz Lang’s Metropolis about this hotel in a former factory. Its rooms have custom-made furniture, kooky mezzanine features and statement wallpapers. There’s a quirky reception area with cement walls lined with cuckoo clocks, a massage studio, cinema screenings and arts events.
Details: Room-only doubles are from £59 (00 49 302 977859, michelbergerhotel.com)
19. Fritzhotel
Hamburg
This small hotel is set back from the docks in the trendy Schanze area so you’re a hop, skip and jump from cool restaurants, hip bars and arty boutiques. Rooms are bright and have dashes of colour. If you can, bag one with a balcony for views over Schanzen Park. Everything else is stripped back and there’s no breakfast, but you do get free coffee, tea and juice.
Details: Room-only doubles are from £69 a night (00 49 408 222283, fritz-im-pyjama.de); easyJet flies to Hamburg from £50 return.
20. Gastwerk Hotel
Hamburg
This chic hotel in a former gasworks, claims to be Hamburg’s first boutique offering. Rooms have huge windows overlooking a central atrium or the city, and most have a loft feel with stylish furnishings and brick walls. There’s a bar and a spa, while key sights such as the Reeperbahn are a short walk away.
Details: Room-only doubles are from £69 a night (00 49 408 90620, gastwerk.com)
21. Hotel Concorde
Frankfurt
Opposite the main railway station and close to the Alte Oper concert hall, this hotel is well located and has rooms to match. Simply designed and with luxury touches such as headboards made from black ostrich leather, they have lights that you can change depending on your mood. The only downside is the slightly dreary breakfast room.
Details: B&B doubles are from £42 a night (00 49 69242422, hotelconcorde.de); skyscanner.net has return flights from about £50
22. Nala Hotel
Innsbruck, Austria
Once a 1960s relic, this hotel has been transformed into a plush, urban escape, which opened with a fanfare in September. Its individually styled and themed rooms are designed to appeal to all sorts, reflected by rooms called Zen (relaxing), Small Beauty (hip) and Climb Up (with a mezzanine). The Cinema room has a massive screen and Snow White is influenced by the fairytale. The contemporary restaurant offers chalk-board specials and Italian-influenced dishes.
Details: B&B doubles are from £72 a night (00 43 512 584444, nala-hotel.at); easyJet flies to Innsbruck from about £60 return
23. The Daniel
Vienna, Austria
Housed in a utilitarian Sixties building, the Daniel offers a fun place to stay in the heart of Vienna. Quirky touches abound: there’s a sculpture of a boat by Erwin Wurm that seems to droop Dalí-style from a roof that is also home to beehives and an apple orchard, while there’s an urban gardening project that provides tomatoes, cucumbers and herbs for use in the Bakery restaurant. Rooms have an urban chic feel while a “motor pool” hires out bikes and scooters.
Details: B&B doubles are from £85 a night (hoteldaniel.com) 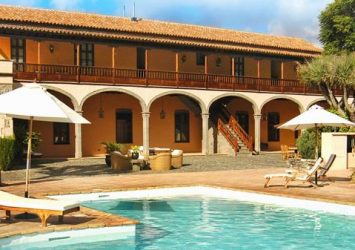 From a four-star beachside hotel in Tenerife to a mountain retreat in La Gomera, our …
Apr 22, 2016 Full Article