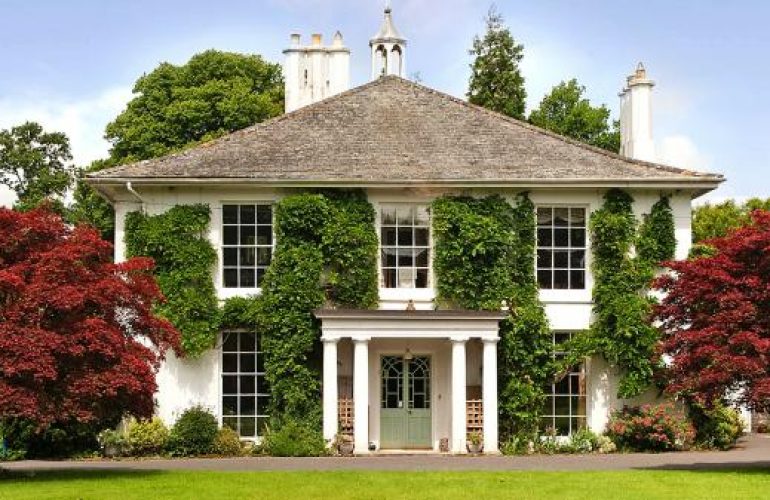 Despite the rise in stamp duty, these locations are still luring families 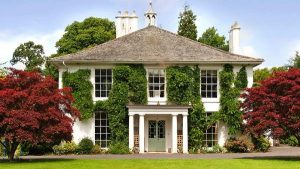 The summer holidays are almost here — the high point of the year for most children (and teachers). For some it means packing the car to the gunwales and heading to the family’s second home. So where are the most popular locations for families to buy holiday homes in England? Research by Countrywide pinpoints these places by establishing where the greatest proportion of family homes were sold in the past 12 months to holiday-home and second-home buyers (family homes are defined as flats or houses with two bedrooms or more).

Below we list the top ten. At first glance there is an absence of some of the most celebrated locations — the Cotswolds, for example, is not on the list. Scarborough and Pendle, where the average second-home prices are £165,537 and £76,367 respectively, are the top two locations on the list. This suggests that the recent change to stamp duty on second homes — all second-home purchases above £40,000 are subject to a 3 per cent levy — is restricting the amount that holiday-home buyers are willing to pay.

Johnny Morris, the director of research at Countrywide, believes that recent events could mean more people buying holiday homes in the UK. “The recent weakness of sterling against the euro could encourage people to buy British rather than face reduced purchasing power on the Continent,” he says.

SCARBOROUGH, NORTH YORKSHIRE
Average second-home price £165,537
Average property price £217,609
The district of Scarborough, in North Yorkshire, is the area of England where most second homes are bought. Figures by Hamptons International show that 18.3 per cent of sales in the past year went to second-home purchasers. Popular second-home destinations include the fishing villages and towns around Scarborough and along the east coastline, taking in Whitby, Runswick Bay and Robin Hood’s Bay. A typical two or three-bedroom stone cottage in these areas costs from £200,000 to £500,000, according to Ed Stoyle, of Carter Jonas estate agency.

PENDLE, LANCASHIRE
Average second-home price £78,367
Average property price £92,302
Holiday homes here are driven by buyers from the northwest — 80 per cent of second-home owners are from Manchester or Liverpool, according to Countrywide. This is hiking paradise, with dramatic weather; Pendle sits on the edge of the Forest of Bowland and for many the chance to buy a relatively affordable holiday home in an area of outstanding natural beauty is key. The most sought-after areas are Roughlee, Barley, Blacko and Newchurch, according to Anne Clarke, of Broden Lloyd estate agency. In these areas an average two-bedroom cottage or apartment costs between £175,000 and £200,000; a four-bedroom house is £350,000 to £450,000.

SOUTH HAMS, DEVON
Average second-home price £219,857
Average property price £243,934
South Hams is popular with families based in London and in the south who wish to retreat to a home close to the rugged coastline. Anywhere near to water is popular; Dartmouth (a two-bedroom cottage costs about £350,000) and Bantham (£300,000) command a premium and are particularly desirable to people who like to spend their spare time aboard a yacht. Christopher Bailey, a partner at Knight Frank estate agency, also recommends Thurlestone. “There is an excellent beach, great surf conditions, good sailing at Bantham and Salcombe and first-rate golfing. Prices start at £275,000 for a two-bedroom cottage.” Kingswear in Devon is slightly cheaper and is worth a look — the village overlooks the River Dart and is a short ferry ride from Dartmouth.

WEST NORFOLK AND KING’S LYNN, NORFOLK
Average second-home price£278,590
Average property price £201,706
The west Norfolk town of King’s Lynn and the coastal village of Hunstanton are popular. Properties in Hunstanton have increased by 8 per cent in value over the past year, according to the Humberts, in Norwich. The smaller inland villages of Castle Acre, with its Norman castle and, farther to the north, Melton Constable are less than half an hour to the sea and offer good value. The majority of holiday-home buyers come from London and Cambridge.

SOUTH LAKELAND, CUMBRIA
Average second-home price£176,240
Average property price £230,247
Pricing in this region of Cumbria is all about the view. Those with a smaller budget of, say, £200,000 to £250,000 will buy in Kendal (good shops, no spectacular views). Those with bigger budgets — £350,000 or more — will often buy in Windermere, with its views of lakes and mountains. The majority of holiday-home owners are from the north — notably Manchester, Liverpool and Blackburn. “The market is still strong despite the UK property market as a whole not being at its strongest,” says Andrew Holmes, a senior partner at Thomson Hayton Winkley estate agency. “Most buyers look at the Lakes with a 20 to 30-year plan of retiring here.”

CORNWALL
Average second-home price £241,035
Average property price £219,092
One Cornwall holiday home with famous owners — Gordon and Tana Ramsay — has been in the news. Their plans to knock down a 1920s Arts and Crafts property in the village of Rock, which they bought for £4.4 million, and replace it with a five-bedroom house (with two kitchens) and a three-bedroom garden house has angered their neighbours. Rock is exactly the type of Cornish location that is second-home heaven: a village close to the sea. Other popular locations include Polperro, a fishing village on the south Cornish coast, St Ives and St Mawes, and the surrounding Roseland Peninsula. Truro, with its cafés, shops, good pubs and restaurants, is a hit with older children. Duncan Ley, a director of Humberts, in Truro, says that would-be holiday-home owners usually have budgets of between £500,000 and £800,000. They aim to rent out their properties for a few weeks over the summer (it is possible to achieve as much as £3,000 a week in the high season). He reports demand for second homes is up by 5 per cent on 2015.

WEYMOUTH AND PORTLAND, DORSET
Average second-home price £270,564
Average property price £222,527
The most affordable location on the coast to buy, according to the online estate agency eMoov, is the district of Weymouth and Portland. Weymouth, an archetypal seaside town with a Georgian seafront, from where you can get a direct train to London Waterloo in three hours, is not as glitzy as Poole and Sandbanks along the coast, so properties with sea views are a lot cheaper. The average price of a flat in Weymouth, according to figures by Savills, is £169,780; for a house it is £249,775.

NORTH NORFOLK
Average second-home price£259,413
Average property price £243,874
Paul Flint, of Bedfords estate agency, says there has been a 20 per cent increase in the number of people looking to buy family holiday homes on the north Norfolk coast in villages such as Blakeney and Wells-next-the-Sea, which has recently been voted as having the best beach of the year. Other desirable villages include Burnham Market, Holme-next-the-Sea and Thornham. In Burnham Market you can buy a two-bedroom property for about £400,000. Tim Hayward, a director of Jackson-Stops & Staff in Burnham Market, reports that he recently accepted offers on a range of barn conversions on Holkham Estate costing from £950,000 to £1.4 million — every one went under offer to a second-home owner from London.

WEST DEVON
Average second-home price£371,348
Average property price £202,813
Younger families are choosing more rural settings around Dartmoor National Park, says James Baker, the head of Strutt & Parker in Exeter. His second-home buyers want properties they can rent, so they buy in areas with a strong holiday market. The town of Chagford, where the Chagstock music festival is hosted each summer, is perhaps the most popular. Here you get a two-bedroom house for £400,000, according to Knight Frank, or a two-bedroom apartment for £275,000 in the centre of town.

CO DURHAM
Average second-home price£102,917
Average property price £142,923
The most sought-after locations are along the North Yorkshire and Northumberland border. Barnard Castle, where £200,000 buys a two-bedroom cottage, is a picturesque historic town with access to the north Pennines. Other interesting locations include Wolsingham and, deeper into the Pennines, Middleton-in-Teesdale, a pretty market town. The second-home market has slowed since the stamp-duty rise, says William Thornton, an associate of the Darlington office for Savills. In his experience, £200,000 to £300,000 buys a two or three-bedroom house — the farther you go into the north Pennines, where life is more rural and remote, the more you get for your money. His second-home buyers, mainly from the south, are looking for greater affordability than they can find in Yorkshire and Northumberland.
All house price averages have been produced by Countrywide 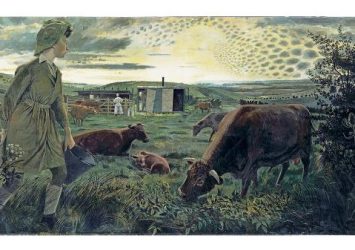