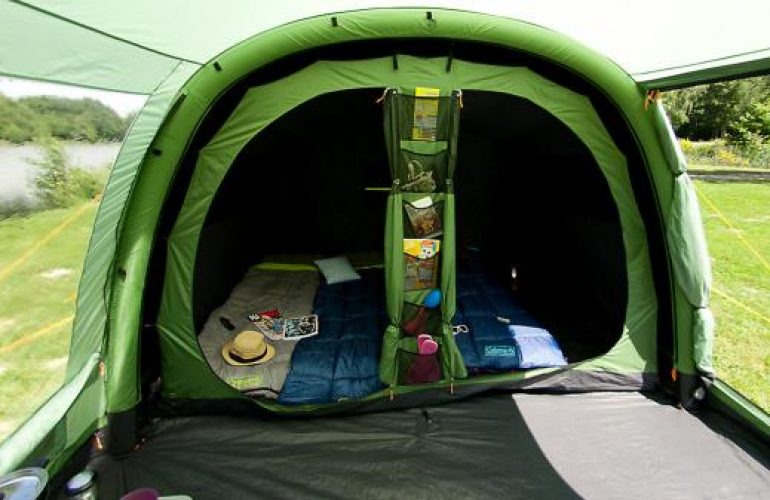 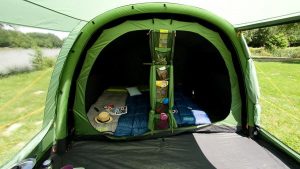 Camping has always come with its charming little traditions. There’s the erection squabble that quickly morphs into an urge to bludgeon your nearest and dearest with a tent pole. The marinating in your own sweat in your sleeping bag the moment the horizon starts to brighten. And, of course, the dawning realisation that dawn actually comes far, far earlier than you ever thought possible.

But what if there was a tent that addressed all these issues, and came in a fetching shade of green? There is. It’s called the Coleman FastPitch Air Valdes. This spacious four-person bundle of pragmatism is not only inflatable (well, the three primary supports at least), it has twin blackout bedrooms. In camping-and-caravanning-show vernacular, we’re talking a layer of black polyurethane on the underside of the flysheet, combined with breathable black-fabric inners. In layman’s terms? Ninety-nine per cent of external light shut out — and no more sweating like a jockey trying to make weight.

We’d be sleeping like a baby, it sounded like. But would the baby? Ah yes, the sting in our tale. Our 10-month-old, Penny — she of car-alarm-decibel wail and a zero record of sleeping through — would be joining us. Could the Coleman deliver? Our sanity depended on it.

We arrived at the campsite feeling apprehensive. Tentative, if you like a pun. It was a fabulous cliff-edge spot. But it was also busy. Post-Brexit-staycation busy. Like a lion’s, our baby’s roar can be heard several miles away. Here, there were 60 or so campers and caravanners within 100 square yards. Gulp.

We set up the travel cot in one of the rooms (the nursery, as we took to calling it), sat out on the rug and, in time-honoured fashion, toasted marshmallows on the portable gas hob.

As Mum breastfed the baby like she was topping up the car ahead of a fuel strike, then disappeared with her into the darkness, I braced myself for that familiar sliding scale: a few squawks building to a teeth-grinding wail. Followed, presumably, by a shower of burnt bangers. Not a sound.

We lasted an hour or so more, then I slipped my wife a knowing look. We crept into the tent (Velcro fasteners, rather than noisy zips — they really have thought of everything), stripped off and got down to some serious sleeping. I love the way camping legitimises the embarrassingly early night.

And sleep the three of us continued to do until a cry from the nursery punctured the darkness. I pressed the light on my watch — 7am. I shook my watch. Still 7am. I unzipped our sleeping compartment and warm sunlight flooded in.

We’re still not entirely sure how the miracle of the campsite came about. The soothing sound of the waves below? Sea air? Outrageous fortune? Or simply a priceless bit of kit designed by someone who understands that camping doesn’t have to be a form of chin-up masochism? Probably a little bit of each.

The icing on the cake? The baby hasn’t stopped sleeping through since. Though the tent’s wreaking havoc with our lawn.

The Coleman FastPitch Air Valdes is available in four sizes; from £599 (coleman.eu) 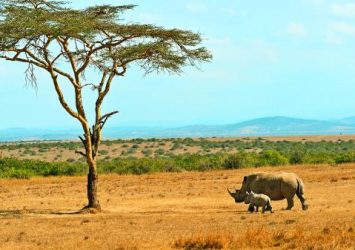