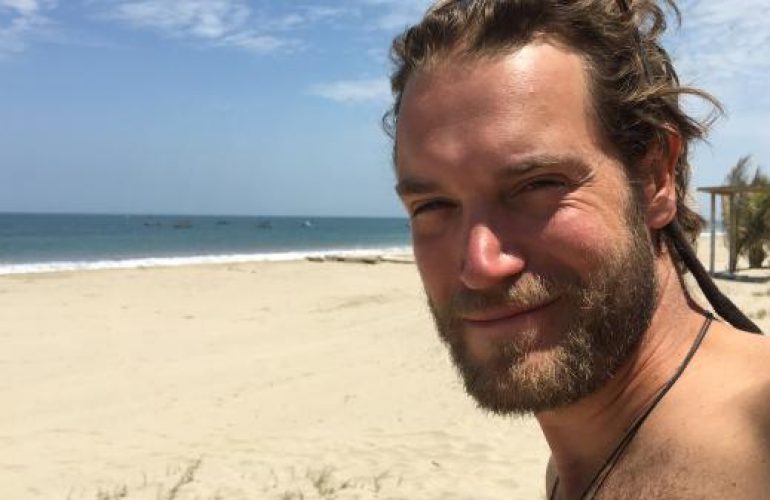 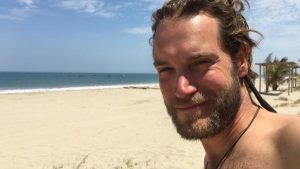 James Levelle got from Brazil to Panama without cash. It was mad, he says, but let him see the best of people

Two things strike me about James Levelle. One, he’s a nice bloke and seems quite normal. However, he is mad. The second is that he likes a challenge. I know this because in the hour I spend with him he says the word 17 times.

That’s a lot of challenges. I can go years without saying “challenge”, certainly with reference to anything I might do myself. Being challenged sounds tiring — it sounds like it could involve being cold and wet — but Levelle? He’s more “bring it on”, which is how he came to sign up for a TV documentary in which he had to film himself and another madman — sorry, fellow adventurer — getting from one side of South America to the other with no money.

Video: Getting across South America for nothing in Free Ride

In 72 days, he and Rob Greenfield, an almost complete stranger, together travelled 7,000 miles across seven countries, from Brazil to Panama, with no wallet, no cash, no credit card, no access at any point to any of the above and no mobile phone in case they might be tempted. Transport, food, water and shelter all had to be found for nothing. Which is indeed, it seems fair to say, quite a challenge.

“It seemed like an absolutely bonkers, mad, crazy and arguably impossible idea,” he says cheerfully, sitting in a TV production office in Soho. “I felt compelled to give it a go.”

Levelle, 35, has carved himself a career as an extreme film-maker. This translates roughly as him going to the coldest, hottest, nastiest and most difficult places on Earth and making documentaries about them. Free Ride was the first in which the producers insisted he also had to be in front of the camera, an experience he describes as challenging.

He’s used to roughing it. He has spent winters in Siberia and summers in Sierra Leone. He has filmed gold miners in northern Canada and loggers in the Arctic. Yet the theme linking them all was money.

“Crossing an entire continent without access to funds at all was extremely intimidating,” he admits. “I’ve always had access to funds eventually. I might be going through some part of Africa and completely run out of cash, but I’d know that in 100 miles or so there’d be a village with a bank machine. For this trip we had a ceremonial dumping of wallets at the airport. That was quite a moment.”

The premise of the programme was simple: are people kind? Would they offer shelter or slam the door? Would the two men be greeted by compassion or indifference? In a nutshell, is the human race basically nice? “I honestly didn’t know if we’d succeed,” says Levelle. “Rob was confident, but it was an incredibly difficult thing to do in a short amount of time and I had to film the whole thing as well. I don’t think I’ve ever felt such pressure in my life.”

It seemed like a bonkers, crazy and arguably impossible idea

Levelle was brought up in London. His father directed commercials and his mother is an alternative health practitioner. He graduated with a degree in English from Edinburgh University and had no idea what he wanted to do, as long as it was not, under any circumstances, a desk job.

Having realised that he could earn a living going on adventures around the world if he filmed them, he taught himself the nuts and bolts of dealing with a camera and cut his teeth working for a London-based NGO. Free Ride was a whole other scenario, not least because he had only met Greenfield once, when he flew to San Diego to do a chemistry test.

Greenfield is an environmental campaigner and adventurer who lives off-grid in San Diego, forages for food in skips and travels the world on his own, drawing attention to food waste and climate change. “If you’re joined at the hip with someone else for 72 days,” says Levelle, “I reckon they could be your very best friend and you’d still fall out.”

They duly did. In Cuzco, Peru, Greenfield’s desire for solitary wandering, coupled with Levelle’s desire for company and structure, resulted in a huge argument and the pair split up for ten days.

“Rob had had enough,” Levelle says. “He’s used to flying solo and floating along and seeing what happens, whereas I have a much more proactive approach: ‘Let’s go there! Let’s do that!’ I think he got fed up with my suggesting stuff, and started to feel like I was taking over the adventure, but splitting up was a massive shock for me. I was like: ‘I now have to do this utterly on my own.’ ”

Which for ten days, he did before the pair reunited on the Ecuadorean border. So how did he find being on his own in the middle of Peru with no money and a programme to film?

“Awesome. Rob had done similar stuff before, but I never had. I didn’t get lonely because when you’re travelling without money, without the power to solve things by throwing money at them, you completely depend on other people. That’s one of the things I struggled with, in that I like feeling self-sufficient. Money gives you options, but terrifying reality becomes normal very quickly.”

The kindness we received in South America was overwhelming

Not having money, on the other hand, is not just inconvenient but exhausting. Levelle was forced to interact with people and to persuade them to help him. Every time he approached someone, however tired or weary or fed-up he felt, he had to do what he calls the performance: explain to people what he was doing and why, be upbeat, be cheerful and enthusiastic. It doesn’t work, he points out, if you go up to people and mumble: “‘I feel s***. Please will you help me?’ You have to go: ‘Right! Hello! This is me!’ It’s absolutely exhausting.”

The remarkable thing is that people did indeed help. Levelle found that if he was honest and enthusiastic, people melted quickly, and the human instinct to help took over from mistrust. He describes as bonkers the kindness and generosity that they met across the continent, but that’s South America. It couldn’t happen here, could it? He couldn’t get around Britain with no money, relying on the kindness of strangers, could he? Curious, he tried to do just that, albeit on a much smaller scale than his South American jaunt. The answer? Yes he can.

“What I found was that once you’d explained that you were trying to get around without money, people would go, ‘That’s brilliant!’ and if they could help, they did.” The first step of his attempt to get from Folkestone to London nearly failed at the start when a bus driver was unmoved by his plight. Then the people on the bus got wind of what was going on and all rallied round to pay his fare.

“The interesting thing here in the UK, compared to South America, is that over there a lot of the kindness would be in the form of ‘take this food or these vegetables that I can’t sell’. They’d say: ‘I’m heading in this direction, hop in’, or ‘We have a spare bed, come on in’. Here, because of the value system that everyone understands, the only thing they felt able to do to help was give money.”

Thanks to the kindness of strangers, he completed his journey, by bus, car, train and on foot, in just under eight hours. Money, he concluded, is what you need if you’re in a rush. If you’re not, you don’t need it.

“The great British public are awesome. The kindness we received in South America was overwhelming, but to find that spirit of kindness and generosity here in my home country was just brilliant. It’s contagious. You should see it in action. The barrier goes down, their eyes brighten and they smile and say: ‘That sounds amazing. How can I help?’ I do believe that spirit is in everyone.”

The main thing he missed, however, wasn’t money, or knowing where his next meal or bed was coming from, but the ability to buy a beer for some of those who helped him as a thank you. Now he’s back home on his canal boat moored on the river Lea in east London and turning down jobs that will take him away for months at a time because he wants a better work/life balance.

More to the point, he wants to meet a girl and start a family and it seems reasonable to suppose that he’s more likely to do that here than penniless and alone in the middle of Peru.

Would that mean an end to the adventuring? “Hell, no. My parents ask, ‘Are you around next week for dinner?’ and I’ll say, ‘I’d love to, but I’m in Siberia’. They think it’s hilarious. Life’s an adventure. I don’t want to get serious and stop mucking about.”

The future Mrs Levelle had better be up for a challenge.
Free Ride is at 8pm on Wednesdays on Discovery Channel 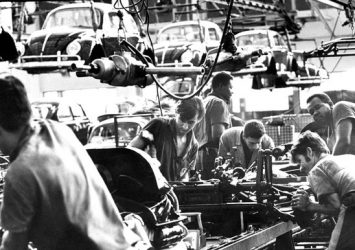