Home
/
Featured
/
How Do Waves Work? 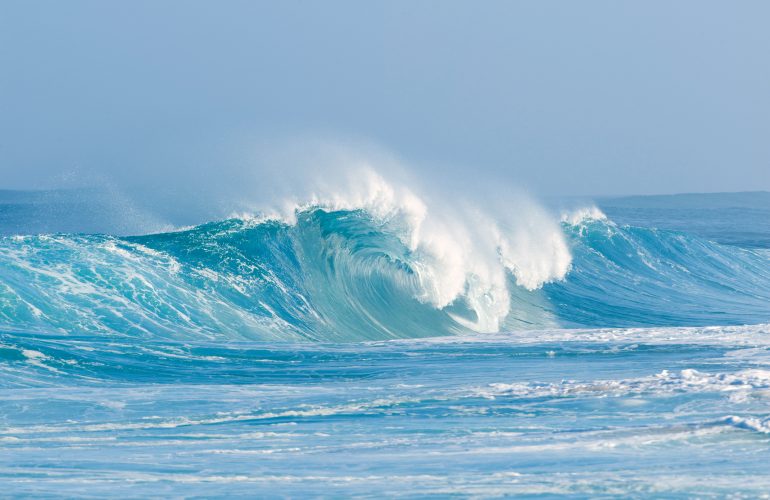 If you’re looking to indulge in a spot of surfing this year, then you’ll want to spend a few moments considering the science of how waves form.That way you’ll have a more thorough understanding of why waves behave in the way they do, and how to get the best from them.Let’s take a look at how and why waves form, and what the difference between the various types of them are.

When you first start surfing, one of the first terms you’ll encounter is the term ‘swell’. This is refers to the ocean moving up and down, which is what creates the energy of the wave.While the pull of the moon is what gets the water moving in the first place, some of this energy is either reinforced or cancelled out by wind blowing against the surface.

The ocean swell is influenced by a few different factors, which ultimately determine why some beaches are battered by hundred-foot waves, and some don’t receive any waves at all.Let’s run through them.

Strong winds out at sea will transfer energy into the water, creating a larger swell.If there’s an especially strong storm out in the ocean, then the swell can be up to a thousand feet deep.When the waves finally arrive at the beach, they’ll be co-ordinately larger – but many of the bigger swells will break before this happens.

Even if the wind in question isn’t quite as powerful, it can still contribute significantly to the size of the swell if it’s blowing for long enough.

The fetch refers to the distance over which the wind blows in the same direction.Of course, air is lighter than water, and it can change direction far more easily.If the wind suddenly veers in a different direction, it’ll cease to re-enforce the movement of the water beneath it.

If there’s more ocean to play with, then the swell can grow accordingly larger.That’s why the deepest swells occur many miles away from the coast in the majority of cases.

What happens as swells make their way toward shore?

When a swell reaches shallow water, they begin to release their energy.They begin to break as they reach shallow water, as the water beneath the top of the wave will suddenly run into ground, slowing it down relative to the water at the top.The swell will bend in a process called ‘refraction’; the ultimate shape of the wave will depend on the geography of the ocean floor.

Generally speaking, the waves you’ll notice while surfing will come in one of two forms.Imagine you’re looking at the wave from above.If it runs into shallow water in one section, then that section of the wave will slow down relative to the ones on either side, which will bend inwards toward the shore to form a concave shape.Conversely, if the wave encounters headland on either side, it’ll do the opposite, forming a convex wave.The latter are generally less powerful, but provide a longer ride as it takes longer for the energy to dissipate.

What types of break are there?

The breaks themselves are what causes the wave to be suitable for surfing.They come in three categories, each with their own distinctive characteristics.

These are the waves that break on sandbars.They’re the logical starting point for novice surfers, as you don’t need to venture out into deep water in order to find them.But they’re also short-lived, as they barely have time to form before they crash against the sand.

These breaks occur when the swell encounters a coral reef, a little further out at sea.They tend to be a great deal more predictable than other sorts of break, as the location of the reef tends to be static over time.As such, they offer a consistent experience which surfers will reliably return to.

A point break is the sort that the film is named after.They occur when the swell encounters a point – an area of land that sticks out from the shore.When a swell hits a point in the right way, it’ll create an incredible wave with a long ride.Some of the world’s most celebrated surfing locations offer a point break.

Where’s the best place to surf?

The world is packed with prime surfing locations, but the best areas are to be found around the pacific.Bali, Hawaii, California, Australia and New Zealand are all celebrated, which is why emigrating to Australia is a common move for passionate surfers.There exist many beach-related jobs in Australia – secure one and you’ll be able to enjoy the surf every day! 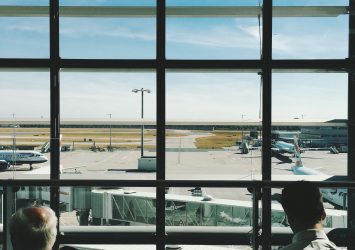 Are you an older adult looking to travel around the globe in your retirement years? …
Jun 27, 2019 Full Article 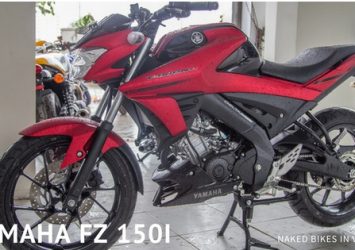 You’ve probably never heard the term or you actually own one. This is the nature …
Jul 3, 2019 Full Article 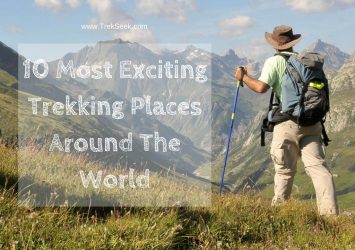 Break out the hiking boots and slap on the sunscreen because it’s time for an outdoor …
Nov 18, 2016 Full Article